Look at the sort of high-end bathrooms which are featured in lifestyle magazines and such and you’ll probably see a freestanding bath in them.  For many people, there’s just something about freestanding baths, which compellingly evokes glamour, sophistication and luxury.  In the old days, freestanding baths were only found in the most luxurious of homes, these days, however, it’s becoming more feasible to fit one into a bathroom in a family home.  Having said that, there are still certain considerations to bear in mind before you decide whether or not a freestanding bath is right for you at all and, if so, what kind of freestanding bath is the right choice for your bathroom.

The whole idea of a freestanding bath is that you can walk around it, ideally completely, at least mostly.  You also need to think about practicalities such as where you’re going to put your toiletries and your bathrobe or clothes.  When thinking of this, remember that the nature of freestanding baths is such that water can escape over the top of them in pretty much any direction, unlike standard baths which are up against a wall, thereby limiting what the water can do.  In addition to the actual physical space involved, you also need to think about visual space.  In other words, the style of bath you choose can influence the effect it has on the overall look of your bathroom.  Baths of exactly the same dimensions can have a very different appearance depending on various factors.

Slipper baths are supposed to replicate the appearance of the sort of slipper worn by Cinderella, rather than the sort you wear around the house.  They have a high back, so the silhouette almost looks like an old-fashioned pram with the hood up.  Because you essentially sit in a slipper bath, rather than lying flat in it, they tend to be shorter and hence the best choices for smaller spaces, plus the angled design helps to give the impression that the bath is bigger than it is, so you can get the illusion of an extra-large bath, when you actually only have space for a relatively small one.  Slipper baths may or may not have a roll-top to help prevent water spillage.

Roll-top baths can be flat or curved (usually in the middle).  In either case, they have a lip at the side, which does give some degree of protection against water spilling over, although it’s unlikely to prevent it completely unless you’re really careful when you’re bathing.

Originally, freestanding baths were largely based on old-fashioned bathtubs, which were filled with buckets of hot water.  As their popularity has grown, however, new, more contemporary, styles have emerged, which cover everything from a reinterpretation of the traditional curves to more angular designs.

With standard baths, the relevant plumbing is hidden underneath the bath itself.  With freestanding baths, it has to be put elsewhere, generally underneath the floor.  This has implications for your bathroom design.  Even if you’re starting from scratch or undertaking a complete remodel of an existing bath, then plumbing considerations may limit where you can locate your freestanding bath (or even if you can have one at all), unless you have a very high budget as plumbing can be extremely expensive to change.

Freestanding baths can spill a lot of water

We’ve mentioned this before but we feel it’s important to emphasize.  Freestanding bathrooms, even ones with a roll-top, are notorious for their ability to spill water pretty much everywhere.  This may be a minor issue for adults, who just want to wallow, but children who want to splash can quickly soak a bathroom floor (even more so than with a standard bath).

Freestanding baths can be really heavy

Right now, there’s a major trend in upcycling vintage furniture and giving it a new lease of life for the 21st century world.  For the most part, we think this is great news.  When it comes to freestanding baths, however, we would encourage you to be very careful.  Genuine, period freestanding baths can be very heavy and that’s before you add the water and a bather (or two).  If you’re interested in one, then we strongly recommend having your bathroom structure checked thoroughly by a professional before you part with your cash.  Similar comments apply if you’re thinking of buying a stone bath.  The good news is that there are plenty of freestanding baths made out of acrylic these days, including ones that are good replicas of period baths, hence you can have that period look with a much lighter (and warmer and more robust) modern material.  The even better news is that actually, these “period look” baths can be very affordable, in fact, depending on where you do your shopping, it may actually be more affordable to buy a period replica than a genuine period bath.

Freestanding baths come with and without feet

As a basic rule of thumb, feet fit in with the period look, in fact if you go for a bath with traditionally-styled feet you can really add a touch of gothic romance to your bathroom.

On the other hand, raising a bath off the floor also raises the issue of cleaning the space underneath it, plus having a bath without feet can give a more streamlined look.  You can also get period-style baths without feet, which could be an option for all but the most devout of period purists.

Freestanding baths are usually in white

The vast majority of freestanding baths on the market at the moment are in white, although they may have accent details in other colours, such as metal (or metallic feet).  You can get them in some other colours, such as metal-effect.  Some, typically higher-end, freestanding baths do have a metal outer, but for reasons of safety, it is highly unlikely that you will find a fully-metal bath on the market. 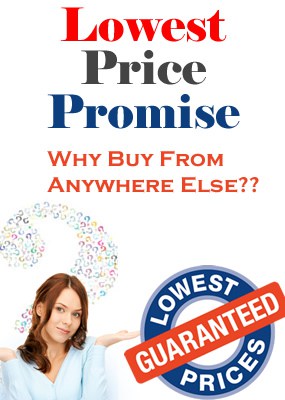